After checking in, we headed straight away to the Boudha Stupa. I had seen many pictures of it before and was always fascinated by the staring eyes painted on its very top.

Following a wedding procession at the Boudha Stupa

Mom and I spent the day walking in Old Town Kathmandu. What an awesome experience. 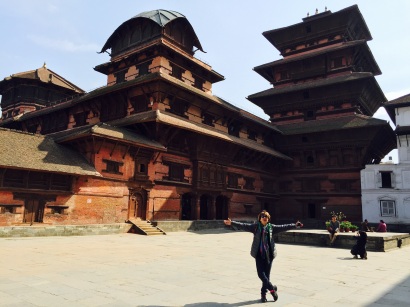 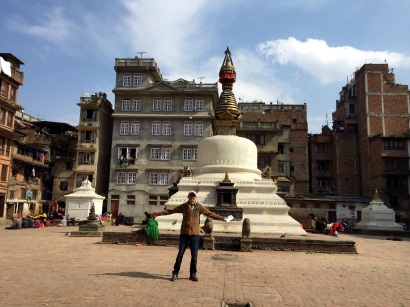 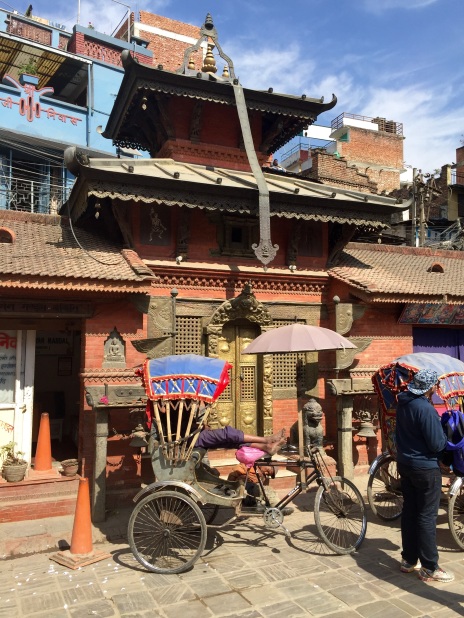 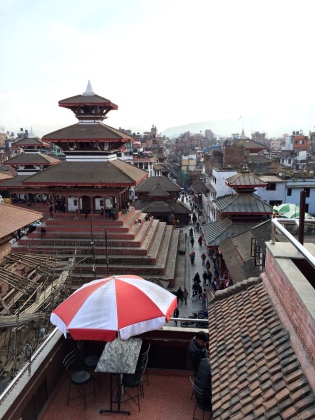 Entry 63: In Awe of Bhaktapur

After laughing at what had happened to us and going through a few more curves and many bumps on the road, we finally arrived at our destination, the Namo Buddha Stupa. There are a few houses around it and not that many tourists. Lama Sanghei had each of us light ten candles, walk around it with incense in our hands, and place the candles next to the altar later on. We also put the red flowers on the altar next to the stupa. The energy was serene and peaceful and, despite the altitude, I breathed with ease.

Like Kathmandu, Bhaktapur also has a Durbar Square (Durbar = King). This one, though, is larger and airy. We were in awe. I felt a similar euphoria when seeing the Taj Mahal. 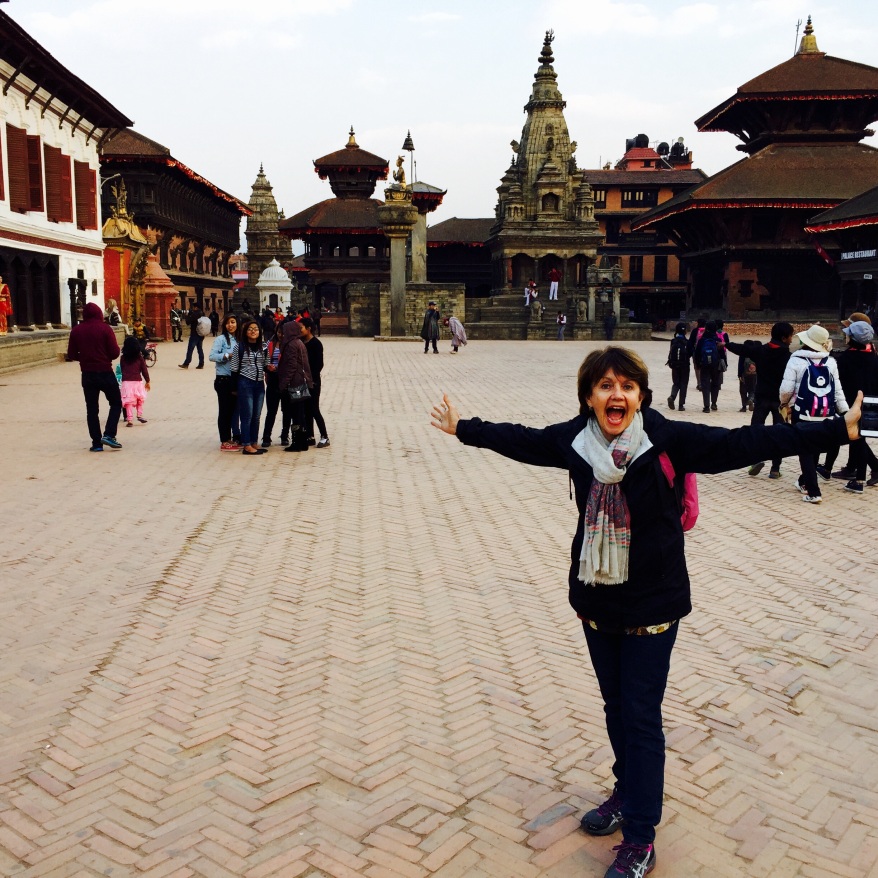 We eventually made our way to and from Patan, a city next to Kathmandu which also has its own Durbar Square. 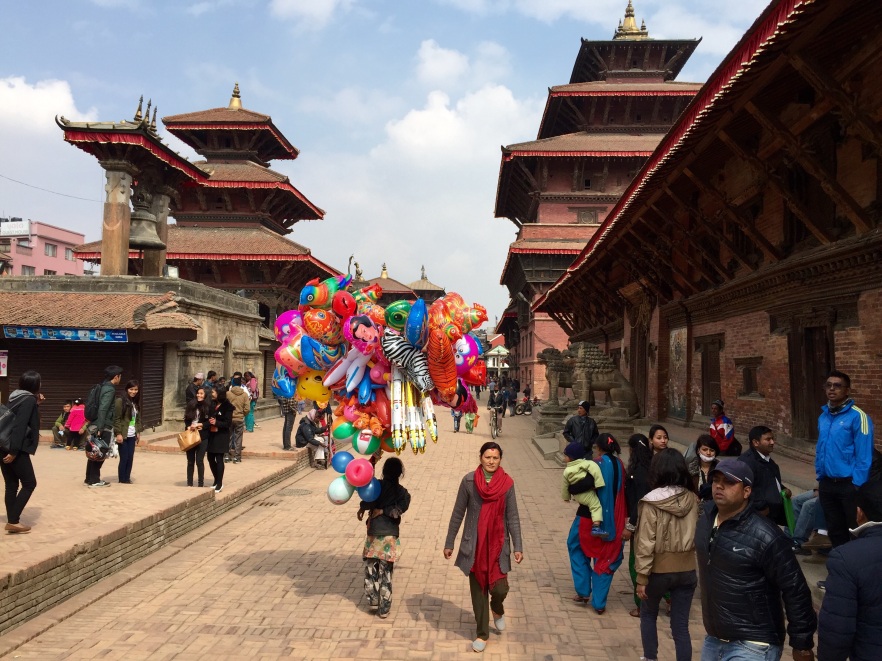 Beauty is everywhere. Start by looking within.
Let the light shine through.
Did you meditate today? If not, close your eyes and inhale. Hold. Exhale. There you go.
You are light!
Let your inner self shine through. Meditate!
Contemplation leads to appreciation.
Loading Comments...
%d bloggers like this: